The incarnations of the gods finally rose from the deep!

Sota Toys released this wonderful action figures about 8 weeks ago. It was a big hassle to get hold of them, full of delays, strikes, oblivion and confusion.

The "Nightmares of Lovecraft" line has 3 figures at the moment: Cthulhu, Dagon and The Ghoul. Latter one I didn't bought.
The figures come in large display boxes, good for storage.
I think they're sold out from the producer now, till a new production run arrives next year. If these will be better than old run I'd buy them a second time. ;-]

The actual figures aren't looking as good as the prototypes from the in-advance pictures. The Dagon has not the translucent skullcap as it was announced and it doesn't look that scary as I expected. But they're still looking great. I'm very happy to have them. They're just perfect for any Lovecraftian miniature games.
The paintwork is quite good, some parts are even airbrushed (not comparable to that "clix" crap). The only disadvantage is that you can see the mould lines and the lines where they put the parts together.

Here you can see some photos I took. The figures I used for size comparison are from Grenadier, I think most people have some figures from that range. 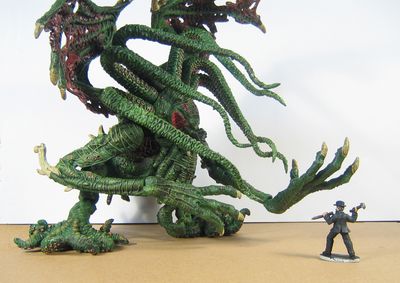 Adventurer with stake facing up to Cthulhu 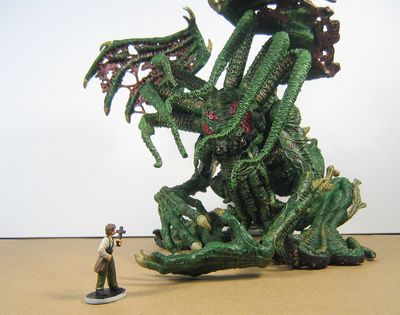 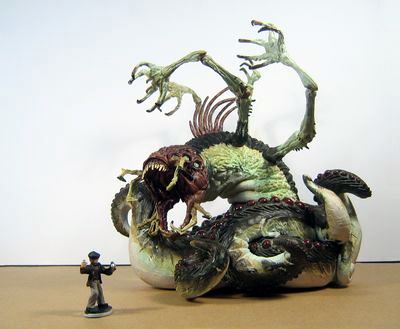 Holy water agains the one that came from the sea? 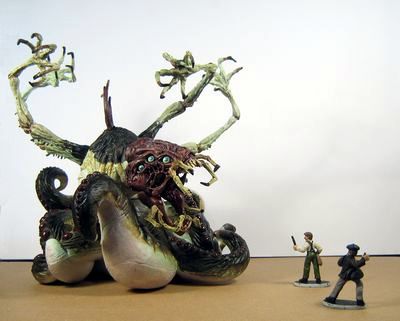 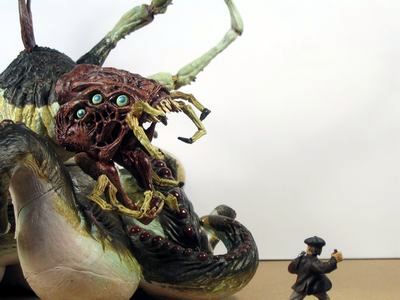 A glimpse into the eyes of Dagon