Here are some of the books I bought / received / read in the last weeks. 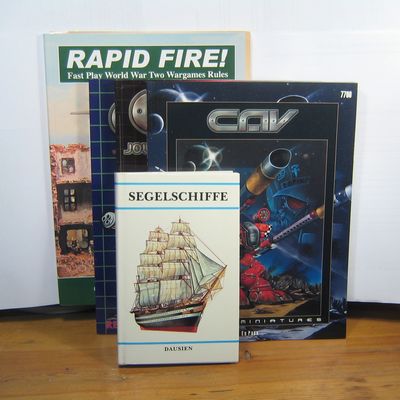 Another year of excitement

The end of the last year was a total chaos (and the the beginning of the new one was the same).

So now here are - a bit late though - my resolutions for the new year:

And here's the first mini I bought this year: 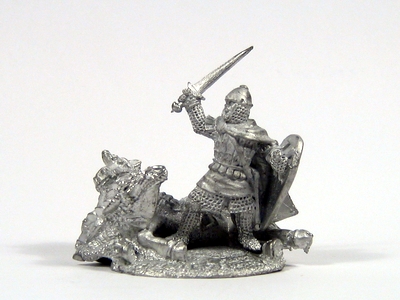 Saint George and the Dragon vignette from Salute zero five, sculpted by Mark Copplestone and limited (I guess) to 4500.
But it's another mini I will NEVER use in any game! Shame on me!

In the next days I'll reveal some of my planned projects, I have to finish. Sketches, drawings, parts lists and all the other stuff I've made so far - maybe somebody else takes the work from me and finishes it. ;-)

I didn't worked much on miniatures the last week. But I worked a bit on my room to make the place more comfortable and to make better use of the space.
One shelf is usually full of figures that I don't know where to put them else. There are some loose Figures, some I started to work on, some I just want to look at or I want to have at hand.
They're using the whole shelf so I can't use it for anything else. What a waste of space, I thought. The shelf is 30 cm high but a figure just 3 cm!
Well, after I thought about this a few days (including the "where can I buy it or do I build it myself?") I took the measures, made a rough sketch and went to the DIY store to get everything I needed (basically only plywood).
It took me about 2 hours to finish this thing. I had most of it already cut in the store. But some of the boards were warped and cut a few milimetres too short. So it still was quite some work I had to do.
Sorry, no WIP shots. But this wouldn't be that exciting anyway.
All in all I'd say the project was very successful. More room in the shelf, a better look at the miniatures and the ugly wallpaper is hidden now, too. And this all at a very reasonable price of less than 10 Euro.